Truths about the Nitrogen Cycle and its bacteria in our aquariums

Today I woke up wanting to face the interesting challenge of trying to explain clearly and concisely what the famous Nitrogen Cycle is and the bacteria that make it possible and that without it our aquariums today would be totally Inviable.

The reason for making this explanation is that throughout my professional career and as an Aquarium enthusiast I have encountered all kinds of explanations, paradoxes, errors and confusion in its explanation and especially in the types of bacteria that make it possible. , getting to hear all kinds of better or worse documented arguments and false myths ...

Due to a project that we are trying to achieve, I am having meetings with the Department of Microbiology of the University of the Basque Country and its boss, The Professor of the area. At the same time I am remembering a lot about my 4th year course "Detrital and Microbial Vias" and thanks to all this and the information and knowledge that I already had as my own ;-))) I will make a summary of what this famous is cycle and its creators, The famous Nitrifying Bacteria:

It is based on the biological oxidation of Ammonium and later Nitrite to Nitrates, which is a much less toxic molecule for our fish and invertebrates. This cycle is essential to keep an aquarium in perfect condition. 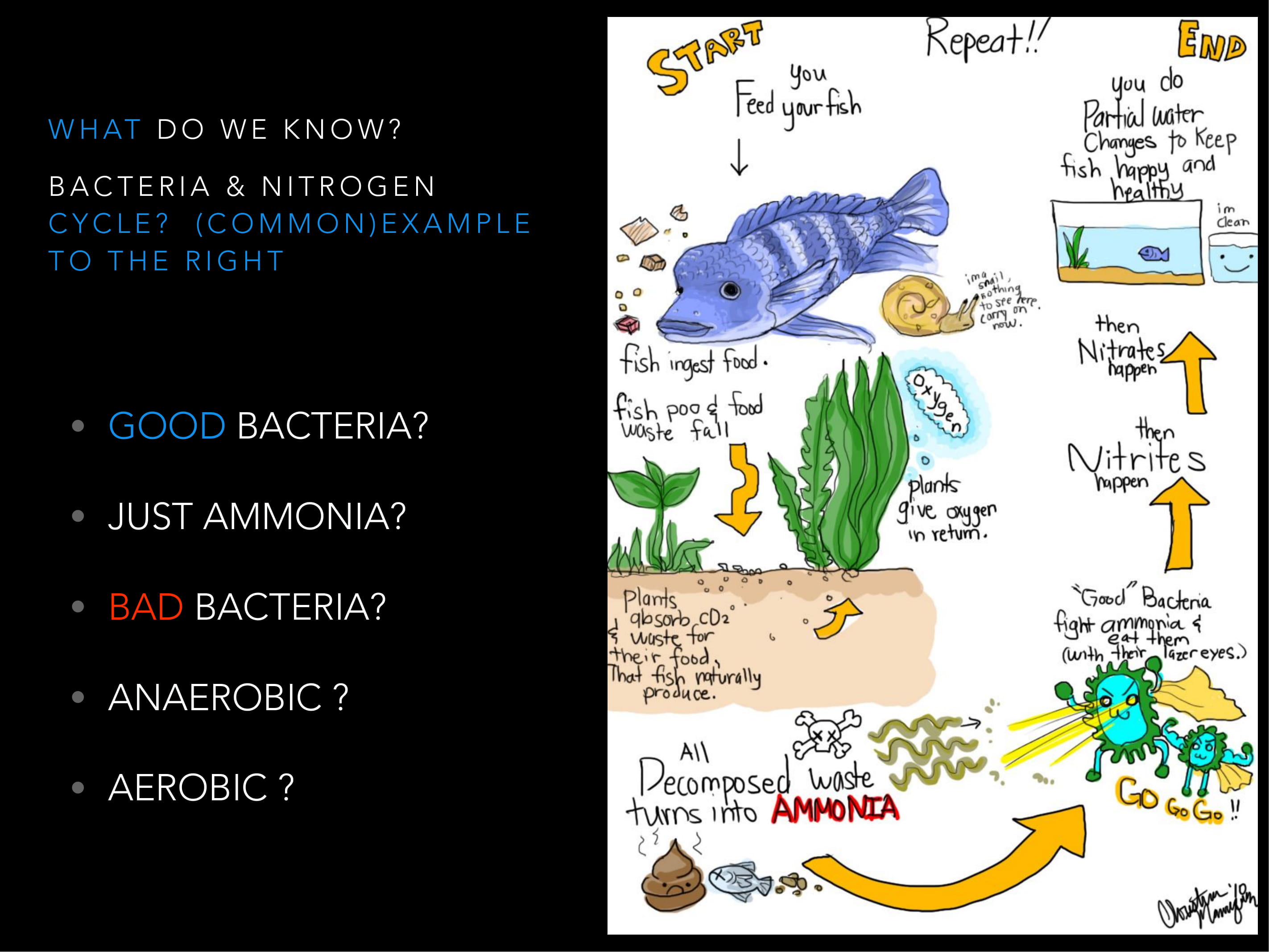 The Cycle is made up of two differentiated processes that occur consecutively:

Nitrification. Starting from ammonium, nitrite (NO2–) is obtained. It is carried out by bacteria from, among others, the Nitrosomonas and Nitrosococcus genera.

Nitration. Nitrate (NO3–) is produced from nitrite. It is carried out by bacteria of the genus Nitrobacter.

Although there are many varieties of nitrifying bacteria, there are some that are much more efficient than others and it is the latter that we call the True Nitrifying Bacteria.

Who are these Authentic Nitrifying Bacteria?

These nitrifying microorganisms are chemoautotrophs and use Ammonium and Nitrite molecules as their primary energy source and carbon dioxide as their carbon source to grow. All this in the presence of oxygen.

The difference with other types of bacteria is that these have as their primary source of energy only and exclusively Ammonia and Nitrites, that is, they are very very efficient in eliminating these molecules so toxic for our beloved inhabitants of the aquarium.

The rest of the bacteria that at any given time can do this Nitrogen cycle, are opportunistic and usually Heterotrophic. What does this mean? Well, they feed on Ammonia and Nitrite only if they lack other types of molecules that are a priority for them so they are very ineffective and we are not interested in establishing our Nitrogen Cycle. Come on, these bacteria only eat the vegetable puree but only if they do not have a good steak on hand, I hope you allow me this explanatory license.

Therefore, we only have to seek to establish the future Nitrogen Cycle of our Aquariums with the Real Nitrifying Bacteria. The Chemoautotrophs.

In the next installment of this Article I will explain some products that for me is the before and after when it comes to establishing this nitrogen cycle in our aquariums quickly, safely, efficiently and completely naturally and the differences that exist between it. and the rest of the products on the market that claim to do the same with guidelines that will help you differentiate them.

A hug and I hope the article has been interesting for you.