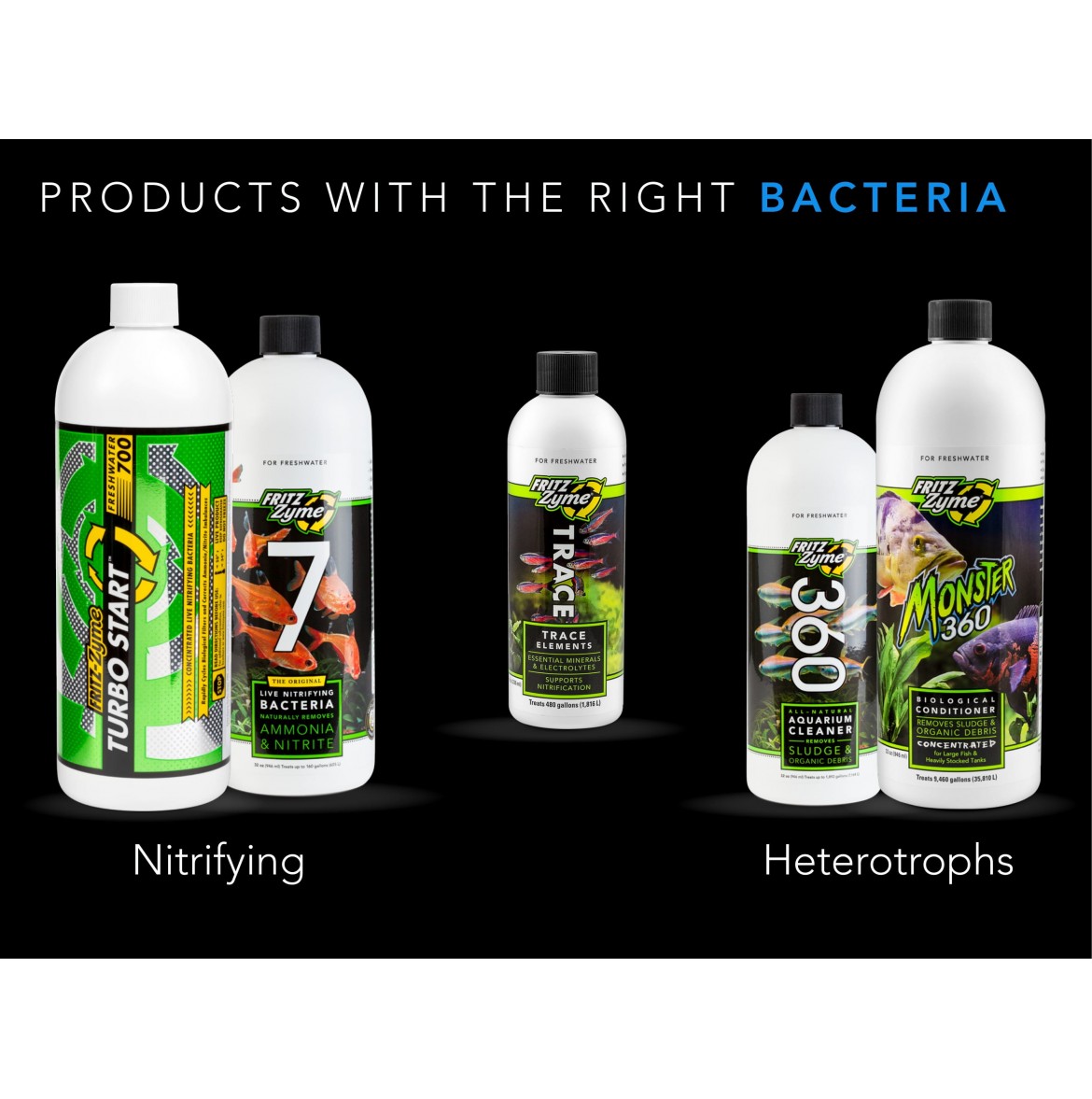 The nitrogen cycle can be broken down into two parts: mineralization and oxidation. Through these processes, organic material is converted into ammonia, then to nitrite, and finally to nitrate. Through mineralization, heterotrophic bacteria (not nitrifiers) break down complex proteins and organics into ammonia. These “sludge eating” Bacillus bacteria break down solid waste, excess food and sludge. Each Bacillus species has a unique, preferred food source. Some species break down carbohydrates; others feed on proteins. FritzZyme® 360 Freshwater Aquarium Cleaner contains billions of these necessary, tank-cleaning bacteria. By incorporating high concentrations of these bacteria, FritzZyme® 360 Freshwater Aquarium Cleaner greatly reduces messy maintenance and odor. Unlike their nitrifying cousins, the Bacillus in FritzZyme® 360 Freshwater Aquarium Cleaner multiply very rapidly and can live in a broad range of water conditions. Select species thrive in both fresh and saltwater. They multiply so rapidly that the population consumes all its food and dies. They cannot be sustained long-term in large numbers in a tank. Nitrifiers need only be added when the system is first set up, but Bacillus bacteria should be added two times per month to sustain a stable, abundant population. Without a large quantity of the Bacillus bacteria in FritzZyme® 360 Freshwater Aquarium Cleaner, solid waste would pile up in the tank and within the filter. Nitrification would not take place.

Through mineralization, the solids have been broken down into ammonia. Now, nitrifiers break down ammonia through a process called oxidation. The oxidation of ammonia (NH3) to nitrite (NO2) is performed in freshwater by Nitrosomonas bacteria. Nitrite (NO2) is then converted to nitrate (NO3) by bacteria of the genus Nitrobacter. It is well-known that taking the filter media out of a freshwater tank and adding it to a saltwater tank won’t instantly cycle the marine system; this is because different bacteria (Nitrosococcus and Nitrococcus) perform oxidation (or the “nitrogen cycle”) in saltwater. Due to their unique ability to oxidize ammonia and nitrite, these four genus of bacteria have been identified by microbiologists throughout the world as the true, nitrifying bacteria (Dr. James E. Alleman, Ph.D. and Kurt Preston, Purdue University, “Behavior and Physiology of Nitrifying Bacteria”).

A bio-filter is a “hotel.” Bio-media within the filter acts like “hotel rooms” for the bacteria to grow on. With more media, you can house more bacteria. The more bacteria you have, the faster deadly levels of ammonia/nitrite can be eliminated. For best results, use 1-2 cubic feet of bio-media initially per 100 gallons for an average-load system. Ideally, the bio-media should yield the highest surface area possible (to which the bacteria attach) without trapping sludge. When media traps sludge, areas of low flow, oxygen and pH are created, in which the nitrifying bacteria will not grow, causing ammonia/nitrite imbalances. Purchasing a good bio-filter does not guarantee good water conditions. To balance the water, you must get a large population of these bacteria in the filter.

FritzZyme® 7 & 9 & TurboStart® 700 & 900 contain high concentrations of the naturally occurring nitrifying bacteria. These products greatly reduce the natural cycling time of the aquarium. It may naturally take up to 60 days to convert all the ammonia to a non-toxic form; the addition of FritzZyme® speeds up the cycle by as much as 60% so that the cycle is done in less than 20 days. TurboStart® is a super-concentrated version of the famous FritzZyme® formulas. Incredibly, with the addition of TurboStart®, systems can be fully cycled in less than five days. These products have also been used after the initial cycle to radically drop lethal ammonia & nitrite levels in record time. TurboStart® is habitually used by many national aquariums, aquaculturists, zoos, research facilities, Sea Worlds™, thousands of retail stores and aquarium hobbyists. 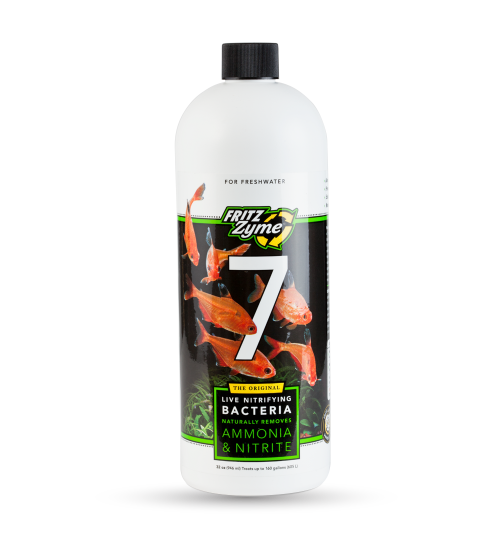